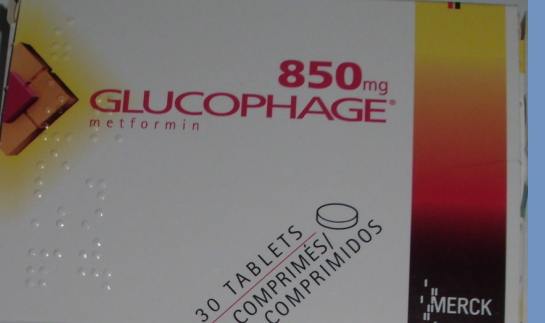 Glucophage Side Effects - Discussion on the popularity of Metformin

Glucophage (Metformin) is one of the most popular drugs on the market, which is used to treat diabetes, especially type 2 diabetes and overweight.

It affects the liver and reduces the quantity of the glucose produced by it. That way the total amount of glucose is lowered. This helps the patient lose weight and to better control their diabetes.

Although very useful, Glucophage use carries certain side effects, which have been studied for some time now. For your information, there are two main types of glucophage:

Furthermore, side effects experienced by the patients were quite different. And of course, none of the subjects reported all the probable side effects.

With regards to the most common side effects of Glucophage xr or not, may include:

1. Diarrhea - although 50% of patients reported diarrhea, other factors or drugs could influence.

2. Vomiting and nausea - although extremely non specific, these side effects were reported among 25% of the patients.

3. Gases (or bloating) - the feeling of bloating is reported by 12% of the patients. Certain drugs (such as over the counter ones) or changing your eating habits (eat slowly; avoid high carb and high fat foods; chew your food carefully) might help.

4. Stomach pain/discomfort - 6.4% of the patients experience some kind of abdominal discomfort during the treatment.

5. General weakness - only 9% of the patients experiences it.

6. Headache - yet not specific complication, it appears in 5.4% of the patients.

Certain side effects are potentially dangerous for your health. That’s why you should be aware of them:

1. Lactic acidosis - the body’s pH is disrupted by chemical compounds circulating in it. If you notice one of the following signs in your diabetic relative (who is under Glucophage therapy), call for medical help immidiately:

2. Hyperglycemia - When the dose used is not appropriate or your body is not responding well to this treatment.

3. Hypoglycemia - low blood sugar (until the extreme) is more common than hyperglycemia. Diabetics sometimes feel free to adjust the dose of glucophage by themselves without consulting a physician.

With the changes in their lifestyle and diet, and the use of this drug, they will face amelioration in blood sugar (will be reduced); sometimes at extreme or lower levels. In cases like these, please take a juice fruit, a candy or a teaspoon of sugar, and seek medical help.