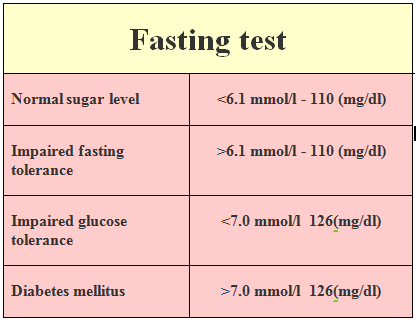 Gestational diabetes test is something that each mother has to undergo, when she is about to have her baby. About 10% of all mothers develop this kind of condition, while they are pregnant.

That’s why finding this disease really fast will help the doctors treat the mother better and more effective.

There are different types of gestational diabetes test but to be able to read their results, you have to be familiar with the normal levels of glucose in the body and they are between 3.6 and 5.8 mM (65-105 mg/dl).

1. Non- challenging tests- these are really important test, where you will not have to intake glucose or food to perform them.

a. Fasting glucose tests - these are the most popular test used by almost all doctors who are dealing with endocrine diseases. It is good to diagnose a diabetes occurred during pregnancy.

b. Postprandial test, which means that you will be tested 2 hours after your meal. You have to be very strict about that otherwise the test will not be working. This is the second best gestational diabetes test. 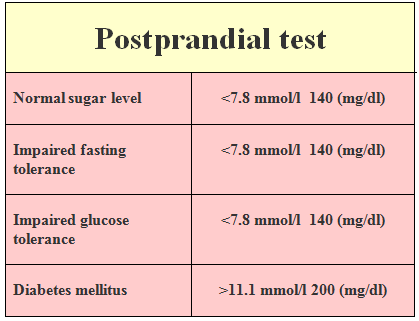 c. Random glucose test - this test will be performed three times during the day. Each time blood will be taken and the glucose level will be measured.

It is called random because you will be tested several times during the day in different time intervals, before, after and during your meals. Could be carried out during pregnancy and it is able to diagnose gestational diabetes.

This test is conduced between 24-28 weeks of the pregnancy. You will be asked to drink a water solution, which has glucose, which is 50 grams.

After that blood will be taken from you, after one hour to determine your sugar levels. However, the test is not proven to be really effective and in most cases Oral Glucose Tolerance Test will be performed after the Screening glucose challenge test. This test is used to diagnose gestational diabetes.

There are some very strict rules that have to be carried out during this test. The patient will have to eat whatever she wants for three days.

In addition, there are no restrictions about the patient’s movement. The patient is asked to eat at least 150 grams of carbohydrates- bread, rice, chocolate and etc. After that the patient has to visit the doctor and there she will be given a solution of glucose.

She has to drink it and then the blood glucose level will be measured on certain intervals. This is the best gestational diabetes test, which could be carried out through the pregnancy to find the disease.