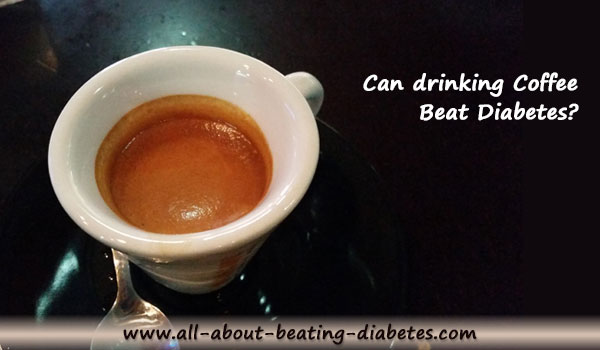 Here we are going to tell if coffee is beneficial to diabetics. But before, take a little rest to enjoy the recall of a nice-smelly ready-made coffee. Mmmmm, really nice, don't you think so?

Now, coming back to our topic. Is coffee consumption good for diabetics or not? Let's discover it together through the scientific research (although some not finished yet:).

It is a well-known fact that drinking coffee, especially when it is decaffeinated, will be associated with a reduced risk of type 2 diabetes. Actually, a report of Archives of Internal Medicine, one of the JAMA/Archives journals on 26th September give a full evidence of this.

In this article, I want to talk about the risk of having diabetes for a coffee drinker and about the effect of coffee and caffeine in blood sugar.

The diabetes risk appears to be very consistent across different ages and body weight. In addition, most researches have found that the more coffee an individual drinks, the lower his/her risk for diabetes. However, it remains unclear whether it is the caffeine or any other ingredient in coffee, which may confer a protective effect.

They also reported how often they consumed a variety of foods and these beverages over the previous year, including regular and decaffeinated coffee.

Over the following 12 years, 1,417 of the women reported on surveys to be newly diagnosed with type 2 diabetes.

These have also been shown to help the body process carbohydrates and antioxidants, which might protect cells in the insulin producing pancreas can contribute to its beneficial effects and needs to be examined in future studies of possible link between coffee and diabetes.

Based on the research that I mention it is not so clear that there are strong links between caffeine and diabetes, but the facts are that we have to consider them and call for further studies.

If you're wondering to find out other foods relationships with diabetes, you can start here.