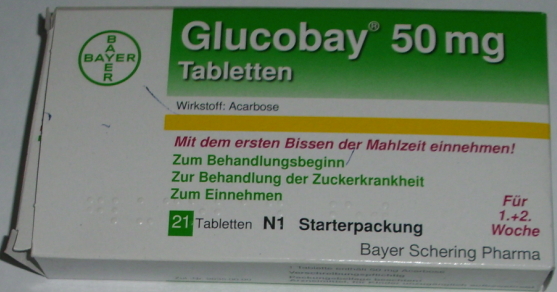 The most fastidious alfa glucosidase inhibitors side effects, which are part of new diabetes medications , is the abdominal disorders due to the excessive production of gas.

They inhibit the enzyme alpha glucosidase, which helps to absorb glucose into blood stream in the level of intestine cells. Thus, it is possible to slower or inhibit glucose absorption, and reduced blood sugar levels after meals combined with other low sugar blood levels.

Because the glucose is not absorbed by the intestines into blood stream, during the pass in the bowl, starches and sugars are converted into gases under bowels bacterias and yeast.

Also, diarrhea is another among alfa glucosidase inhibitors side effecs, and it is shown a huge problem for these patients due to unabsorption of starches and sugars.

Devastating alpha glucosidase inhibitors side effects are on liver, causing irritation, and several injuries and liver diseases. So, the patients who have liver diseases or symptoms like sudden weakness, dark urine, tiredness, yellow eyes or skin, should stop using them, and consult your doctor for further cure.

What is more, as metformin, alpha glucosidase inhibitors side effects include their high concentration in blood stream, if you have kidney disease. Also, before using them check creatinine level, and if it is high, you should not use them.

Alfa glucosidase inhibitors are the third line of medical treatment of type 2 diabetes. There are two brands in this group of drugs: Acarbose and Miglitol.

Actually, there is a huge difference of using these drugs as oral treatment of diabetes type 2 in different countries.

In USA and most countries these drugs are rarely used to treat diabetes type 2 because of their low effective influation and usually side effects. Contrarily, in Germain they are widely prescribed, and no reason for that is found.