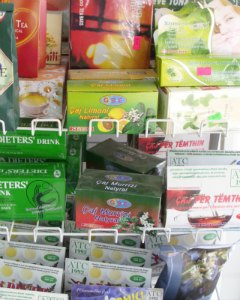 What are the herbal remedies for diabetes? How far they can help in lowering your blood sugar? What is the scientific evidence for their help in diabetes treatment?

It is also know with the scientific name of Capsicum frutescens and its main ingredient is capsaicin. According to a study carried out in Thailand, Its flavor was responsible for the decrease of plasma glucose levels and maintenance of insulin levels.

That's why it is included in herbal remedies for diabetes list although there is still need for further clinical implications in the management of type 2 diabetes. (1)

However, in an experimental study in South Korea, it was questioned the possible insulinotropic action of capsaicin. In this study, it was found that 2% of the dietary red chilli was insulinotropic rather than hypoglycemic. Once more, a need for further research was raised. (2)

What is more, if used as a balm or cream, clinical trials have shown the effectiveness of cayenne pepper in reducing pain and other neuropathy sensations which are commonly associated with diabetics.

Rat models of human obesity and diabetes have once again supported the hypothesis that green tea may have beneficial effects against risk of both metabolic syndrome and cardiovascular disease. The same results were obtained for black tea too. (3)

The component which makes green tea so special is called catechin. Researchers in Kao Corporation, Tokyo has carried out one double-blind controlled study involving two groups of type 2 diabetics.

In patients treated with insulinotropic agents, insulin resulted to reaise significantly at week 12 in the catechin group compared to control group. Also in these patients was shown a decrease in hemoglobin (A1C) at week 12 greater than in control group.

The final conclusion of this study was the importance of green tea as a catechin-rich beverage in preventing obesity, recovery insulin secretory ability and maintaining low A1C levels in type 2 diabetics who do not yet require insulin therapy.

Vanadium compounds have shown insulin-like properties in vivo and in vitro studies in type 2 diabetics, resulting in lowering blood sugar. While these components are still in research process, new ones with anti-diabetic effects are being discovered. (4)

What is more, the intake of vanadium complexes (20 mg daily) for 28 days in volunteers subjects, has shown no adverse effects in one study carried out by Canadian researchers.

While, in seven type 2 diabetes subjects, the daily oral intake of 20 mg of vanadium complexes for 28 consequent days, was associated with reduced fasting blood glucose and reduced HbA1C. In addition, improved responses to oral glucose tolerance testing was detected. (5)

I am pretty sure that you know vitamin C, especially for its antioxidative effects. Vitamin C is very important to diabetics, whatever the type they might be.

If you have diabetes, the major factor for cardiovascular complications is hyperglycemia-induced oxidative stress. In a study carried out in Instabul, researchers have studied the effectiveness of polyphenol-rich antioxidants supplement containing pomegranate extract, green tea extract and ascorbic acid on oxidative stress in type 2 diabetic p atients.

At the end of their study, they have concluded that this polyphenol-rich antioxidant supplement (containing ascorbic acid) has important antagonizing effects on oxidative stress and lipid peroxidation in type 2 diabetics and might prevent cardiovascular complications. (6)

As you may probably see from the above scientific data, most of herbs are beneficial in lowering blood sugar and in controlling diabetes. If taken with your meals (including the foods and plants rich in the above-mentioned herbs), you can be safe.

While the pharmaceutical machinery has moved forward, there are many supplements with the extract of the above-mentioned herbs, which you can also use as diabetic herbal remedies.