Byetta Side Effects on Kidney, Pancreatitis 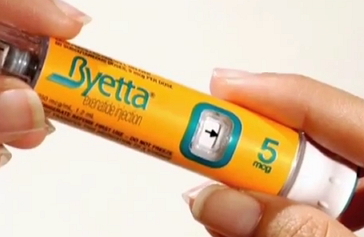 Byetta is one of the drugs on the market, used to treat diabetes type 2. However, as for any other drug, there is a possibility to develop side effects of byetta in diabetics using it.

It is important to point out all these side effects in order to take precautions in time. Byetta has been on the market for some time now and its side effects are known very well (as reported by diabetic patients or their health-care providers).

The mechanisms by which Byetta influence our body's metabolism (including blood sugar levels) is as the following:

1. Increase the production of insulin

2. Decrease the production of glucose by the liver

Common side effects when using Byetta

Some of the side effects of the drug should not be seen as potential danger to patient’s life. They include:

• Nausea - 44% of patients have reported this side effect.

This is among very common conditions, when Byetta is used together with other drugs (especially those lowering blood glucose). The most common signs of hypoglycemia are:

• Vomiting - occurs in 13% of the diabetic patients.

• Diarrhea - up to 13% of diabetics have reported this side effect. Diarrhea should not be underestimated because it is potentially lethal, because patients may lose large amounts of water and heart could stop due to the reduced levels of potassium.

This could easily lead to dehydration with potential risk especially in older patient. However, most of the doctors forget this point.

• Dizziness - up to 9% patients have reported this side effect.

There are some side effects, which affect patient’s life even greatly. They include:

o Patients feel that they can not catch their breath

• Severe Hypoglycemia - with the above mentioned symptoms

o Change in the urine output and color

o Vomiting - which does not ease the pain. This is very specific for this problem; therefore if you undergo a therapy with byetta and notice this sign, immediately call your doctor.

o Pain in the abdomen

There are numerous Byetta side effects; however, they could be treated if caught in time. Therefore, if you notice something unusual of strange happening with your body, contact your doctor immediately. Do not waste more time!