Diabetes Type 2 Treatments - How do they work?

If you are recently diagnosed with diabetes, you maybe want to know which the diabetes type 2 treatments are.

They are all drugs you have to take to low your blood sugar levels.﻿

Actually, if you have type 2 diabetes, your body produces partly insulin, or maybe insulin produced is not effective.

So, you need to increase its production and its effectiveness.

That’s why you should use diabetes type 2 treatments, which consist of oral drugs and insulin.

We are prescribing them below.

If you want to have detailed information on each of them, you can click on the blue text links.

You must understand that there are basically three main groups of oral drugs; 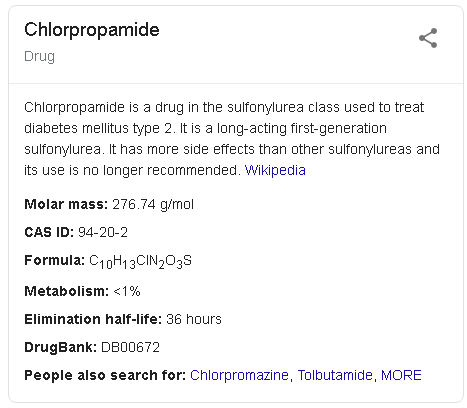 , which give stimuli to beta cells of your pancreas to increase the amount of insulin released.

The most known drug of this group is Chlorpropamide, with hypoglycemia and weight gain as the most undesirable side effects.

﻿It is well known the use of Metformin, the ‘king’ drug of this group to low blood sugar levels in type 2 diabetics, mostly recommended for obese patients.

It is a drug of choice for type 2 diabetes, because it doesn’t cause weight gain, or hypoglycemia.

It can be used in children diabetes as a third option of their treatment; also in women having poly-cystic ovaries and insulin resistance as well.

Besides its good effects on lowering blood sugar levels, digestive disorders and metallic taste remain the most undesirable side effects of Metformin.

Anyway it is still being used as the drug of choice among the diabetes type 2 treatments.

with Pioglitazone and Rosiglitazone as the most known representatives of this group.

They make your body tissues more sensitive to insulin interfering in the sensitivity of the PPAR - peroxisome proliferator-activated receptor.

In this way insulin can work better and insulin resistance can be diminished.

But, on the other side of the medal, remain the fact that all these drugs can cause various harmful side effects on your body.

They can cause weight gain due to fluids retention.

Also they can cause severe damages to your liver, that’s why you need a permanent monitoring of liver function.

But, keep in mind that: preventing is better than curing.

Try to keep diabetes as much as you can away from you and your beloved ones. Very simple steps can help you to do so.